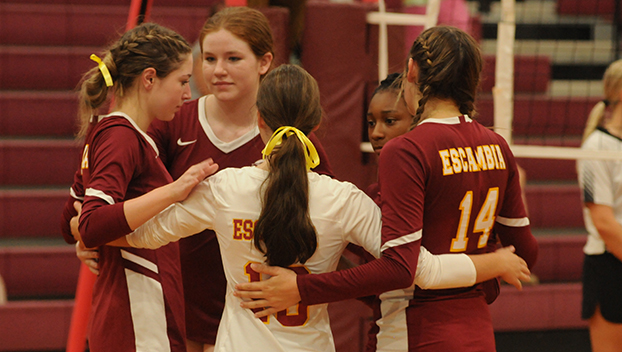 With the victory, the Lady Cougars improved to 4-4 overall. EA began the season 1-3.

EA volleyball coach Larry Bonds said before the girls played Thursday, he knew they were going to play hard.

“They did that,” Bonds said. “As long as they played the game the right way, that’s just about hustling and having good hits. They did just fine.”

EA coasted to a first-game victory during the region contest. The Lady Cougars led 17-12 in the second game, bringing a strong serving and attacking game.

In game three, EA took a big lead, but lost it late. In the decider, the Lady Cougars battled to the end, deciding to make it four-game result instead of five.

Davis and Gookin led EA with seven kills each.

Bonds said the girls have been practicing hard.

“Last night, that showed what their hard work has accomplished,” he said. “They know that they have a long way to go, but they have it in the right direction.”