Huskey, Hayles have been in same class since K-4 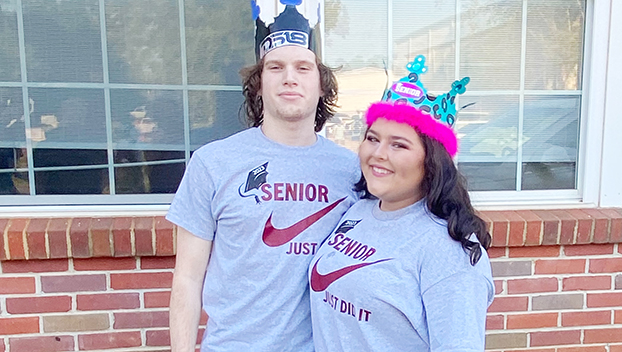 There’s been one constant for Escambia Academy Seniors Hillary Huskey and Sawyer Hayles – they’ve been classmates since K-4 at the Canoe School.

Huskey, the daughter of Haley Huskey, and Hayles, the son of Caroline Hayles, began their education at First Baptist Church Daycare. Both left and went to EA.

Haley said both are like brother and sister and are the best of friends.

“I think it’s really neat they’re the only two that have been there their entire schooling,” Haley said.

Haley said the small classrooms, the closeness of their classmates and the family environment have been wonderful for Hillary and Sawyer at EA.

Haley said as seniors, both are ready to graduate.

“They’ve got graduation first on their minds,” she said. “That’s their school, and it has meant a lot to them being there.”

Haley said Hillary is considering cosmetology after school, while Sawyer may be participating in the dual enrollment at Coastal Alabama Community College.

While at EA, Hillary has been the feature twirler since her seventh grade year, and she was crowned Miss Mayfest 2021, and Sawyer played football for the Cougars.