An Atmore man was arrested on two counts of attempted murder Sept. 11, according to the Atmore Police Department. 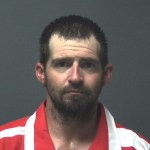 Public Information Officer Sgt. Darrell McMann said in a release that Norman Lambert, 34, of Atmore, has been charged with two counts of attempted murder and obstructing government operations by interfering with the fire department personnel who were attempting to gather up their equipment from an earlier fire.

McMann said fire personnel were in the process of leaving the property when Lambert allegedly drove onto the property at a high rate of speed and recklessly.

“Lambert nearly struck a firefighter as he drove to the rear of the property and was driving in circles in the mud,” McMann said. “The fire personnel called for Atmore police officers to respond as other firefighters were also endangered.”

McMann said an officer approached the area where Lambert was still revving his engine and driving recklessly in the mud, and was almost struck by Lambert before becoming bogged down in the mud again.

McMann said Lambert was taken into custody upon realizing he was stuck and couldn’t navigate his vehicle.

Lambert was transported to the Escambia County Detention Center in Brewton.