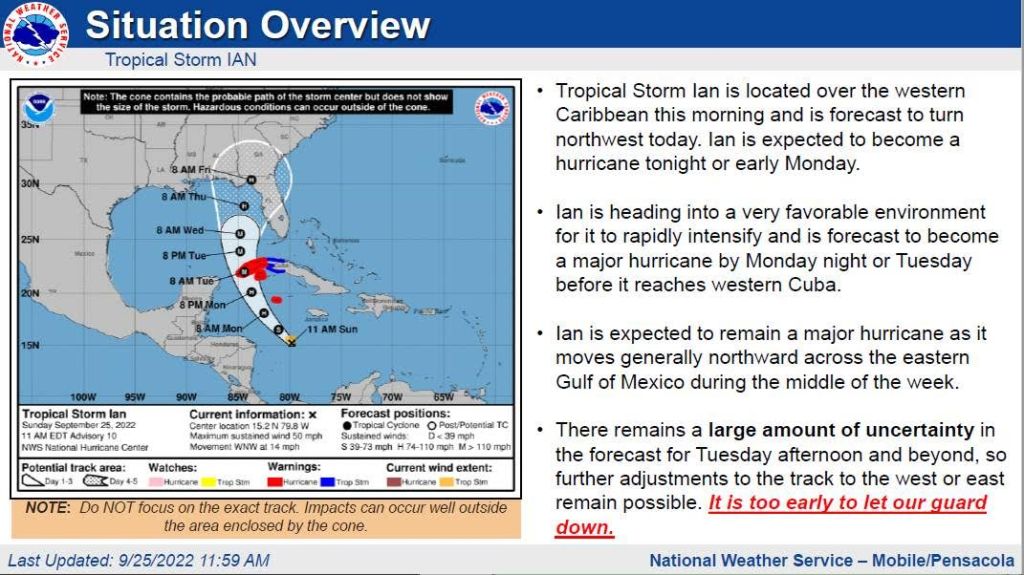 “TS Ian is forecast to become a hurricane within 24 hours and continue into the eastern Gulf of Mexico,” Adams said. “Conditions are favorable for strengthening.  Currently the track forecast is centered on the big bend area of Florida, however, there is still a great deal of uncertainty in the track forecast into the middle of the week.”

Adams said it’s too early to let your guard down.

“The models still vary greatly, but all agree on TS Ian strengthening and entering the eastern Gulf of Mexico over the next several days,” he said . “TS Ian can remain in the forecast cone and still have major impacts to our area or the forecast track can change.  A small change to the west can have a major impact on our risk of severe weather.”