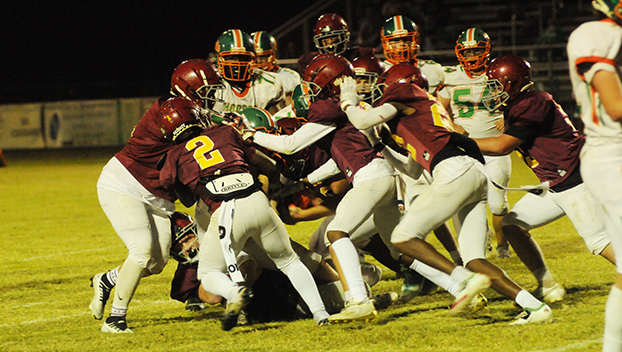 Escambia Academy shot out to a big lead over Pickens Academy and pulled away to a 35-22 road region victory tonight in Carrollton.

He said it shifted momentum a bit, and PA came out and hit some big plays.

Billups said the players battled and scored to put away the game.

“The kids played their tails off,” he said. “It was a four-quarter battle. They never gave up and I’m super proud of them.”

“They’re really well coached,” he said. “Our coaches got our kids well prepared for the Wing-T. It had to be a disciplined game. The coaches did well this week.”