A Brief History of American Football: From its Origins to the Present Day 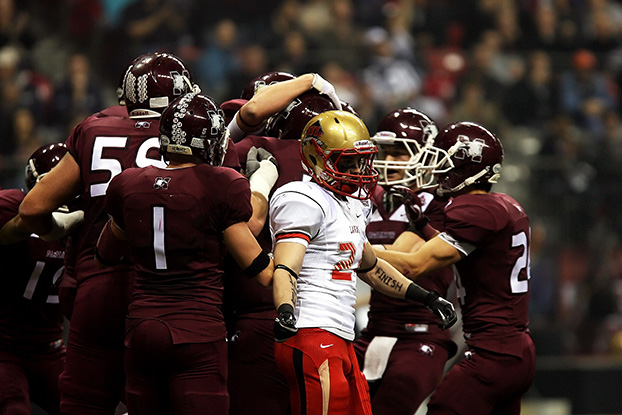 Nowadays, everyone enjoys American football all over the world. People are keen on checking out NFL picks before major games, and they are excited to watch the matches either from the comfort of their home or live at the stadium.

But people outside of the U.S. wonder why on earth this sport is called football when it more resembles rugby. In order to answer that question, we have to go back to the origin of American football and take a look at how it all started. With that in mind, here’s a brief history of American football.

The history of American football can be traced back to early versions of rugby and soccer. The first official game of American football was played back in 1869, between two college teams, and the game resembled football (soccer) more than rugby. After a while, the game shifted to more rugby-style rules established during the 1876 college football season, but the name wasn’t changed to rugby. To English-speaking countries outside America, terms like ‘American football’ and ‘gridiron’ were used instead of just football.

How American football has evolved over time

As mentioned before, American football shifted from soccer to rugby-style rules where the ball could be picked up and carried across the field. During the early years, football was a vicious and violent sport that often resulted in many injuries and even deaths. President Theodore Roosevelt threatened to abolish the sport if changes weren’t made after a record of 19 deaths nationwide. In 1905, 62 colleges met in New York to discuss changes to the game and its rules, and the National Collegiate Athletic Association (NCAA) was born.

Why American football is such a popular sport

American football is not just about carrying the ball into the opponent’s part of the field. It’s actually quite a strategic sport that relies heavily on tactics. Athletic performance is necessary but that alone doesn’t win the game. People love watching this sport all over the world because in most cases, the teams are doing their best to outwit each other and score as many points as possible. That’s why American football is so popular and events like the Super Bowl are a worldwide phenomenon when it comes to viewings and marketing.

Although American football has little to do with football (soccer), the name remained and the sport’s iconic fame is known to all across the globe.