2 wrecks occur on Highway 31 Oct. 14 within mile of each other 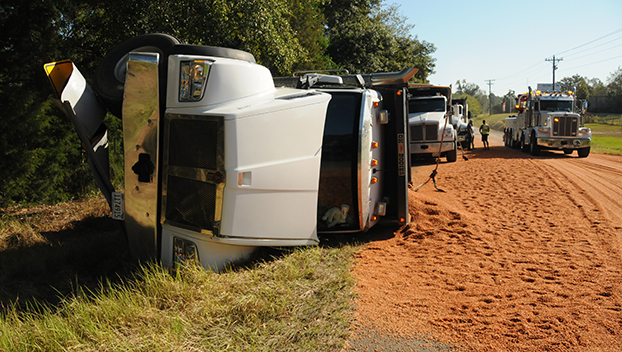 Two vehicle wrecks occurred within approximately a mile of each other on Highway 31 between the Atmore Country Club and Industrial Drive.

The wreck caused a road closure, and both lanes of Highway 31 at the 39-mile marker were blocked for more than three hours.

A minor injury was reported from the first wreck.

The second wreck involved a CSX train and a semi-truck.

The semi, which was an empty peanut truck, was parked at the railroad crossing at Industrial Drive when a train hit the back-end of the truck, causing the crossing arm to be destroyed.

The first and second wrecks are under investigation by ALEA and CSX officials, respectively.