A Pensacola, Fla. man was arrested Oct. 27 on robbery, assault and unlawful imprisonment charges, according to the Atmore Police Department. 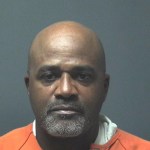 Public Information Officer Sgt. Darrell McMann said in a release that Paul McReynolds, 59, was arrested and charged with robbery I, assault I and unlawful imprisonment I. This arrest stems after APD investigators developed a person of interest early in the investigation of the robbery/assault that occurred at New York Fashions on Oct. 15.

McMann said on Thursday night, APD investigators learned McReynolds was in the area.

“Atmore Police and Poarch Tribal Police located the suspect’s vehicle in the Wind Creek Casino parking lot,” McMann said. “The suspect, Paul McReynolds, 58, of Pensacola, noticed the officers approaching him and he attempted to flee the area on foot. He was taken into custody after a brief foot pursuit near the Hampton Inn.”

McReynolds was transported to the Escambia County Detention Center in Brewton.