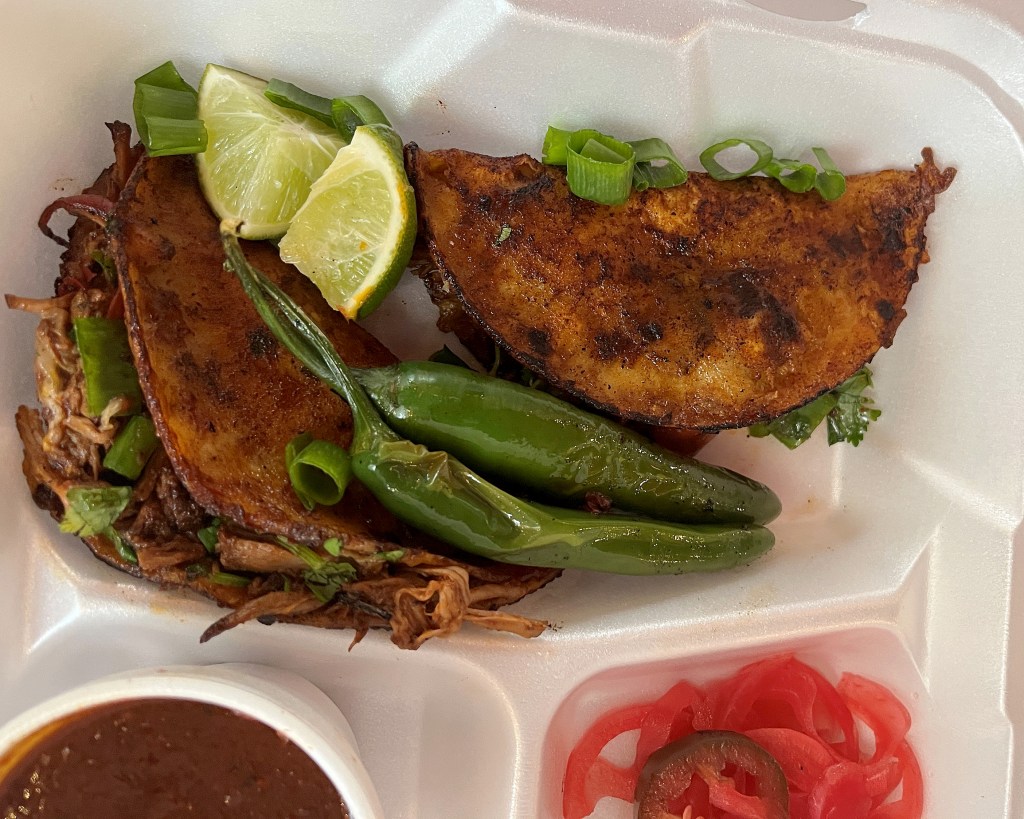 It appears taco dishes filled with savory wild game and fresh fish are hard to beat at the Alabama Wildlife Federation Wild Game Cook-Offs, and the recent Gulf Coast competition in Spanish Fort was no exception.

Haas said the cooking team members decided on venison because their freezers were well stocked with deer meat. After perusing several recipes, Haas added his own flare to the dish with a dipping sauce made with the pan drippings from the slow-cooked venison and spice blend.

Season the meat with salt, pepper and garlic powder and brown in the hot oil before transferring to a Dutch oven or Crockpot along with pan drippings.

To prepare the sauce, drop the peppers into 1 gallon boiling water for 5 minutes. Reserve 3 cups of the chile cooking liquid. Place rehydrated peppers into food processor and blend. Add next 10 ingredients through lime juice to food processor. Add chile water until desired consistency is reached. Pour sauce over meat for braising.

If you use a Dutch oven, place the meat in the oven for four hours at 325 degrees and another 30 minutes at 350 degrees with the lid removed. With a Crockpot, turn it on high and cook for three hours and then turn to low for another 90 minutes.

Visit www.alabamawildlife.org/wild-game-cook-off/ for a schedule of the remaining 2022 cook-offs.