Jackson wins re-election as sheriff of Escambia County, Ala. 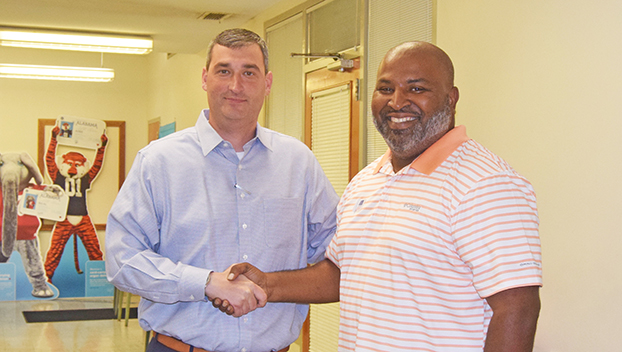 The final count was reported about 9:21 p.m. with 100 percent of the boxes counted. In the final count, the Sheriff’s race ended as follows:

“We thank the people for giving us another term at the Sheriff’s Office,” Jackson said after being declared the winner in the race. “This journey has had many goals that we wanted to accomplish with the number one goal to be the Sheriff for the people. My staff and I have bent over backwards to let everyone in our count know they have a friend in the Escambia County Sheriff’s Office. Our next four years will be no different. I will continue to put the Sheriff’s Office and the community first and myself second. From the bottom of my heart I love you all like family and I love my staff like family, too. During this election, the staff have been the ones who have suffered by being caught in the middle. One thing I’ve learned is that family doesn’t choose sides. We’ve been together to get the job done. I am your sheriff.”

As Golden waited for returns of the voting results, he said he was thankful to have had the opportunity to run his campaign.

“This was my first time as a challenger,” Golden said. “I have had fun and have gotten to meat a lot of people. I felt I had a lot of support during the campaign. I realized just how big this county is because I walked it. I enjoyed the campaign and am happy for that opportunity.”

Here’s how the county voted in the General Election Tuesday:

Tuesday’s general election showed that Republican candidates had the upper hand when it comes to winning races in Escambia County.

State agencies called the races of Governor, U.S. Senate and others early in the state-wide vote counting Tuesday evening.

Commissioner of Agriculture and Industries:

County Board of Education, District 4:

Escambia County Board of Education, Distict 6:

On the state-wide amendments Escambia County voters cast their ballot as follows: