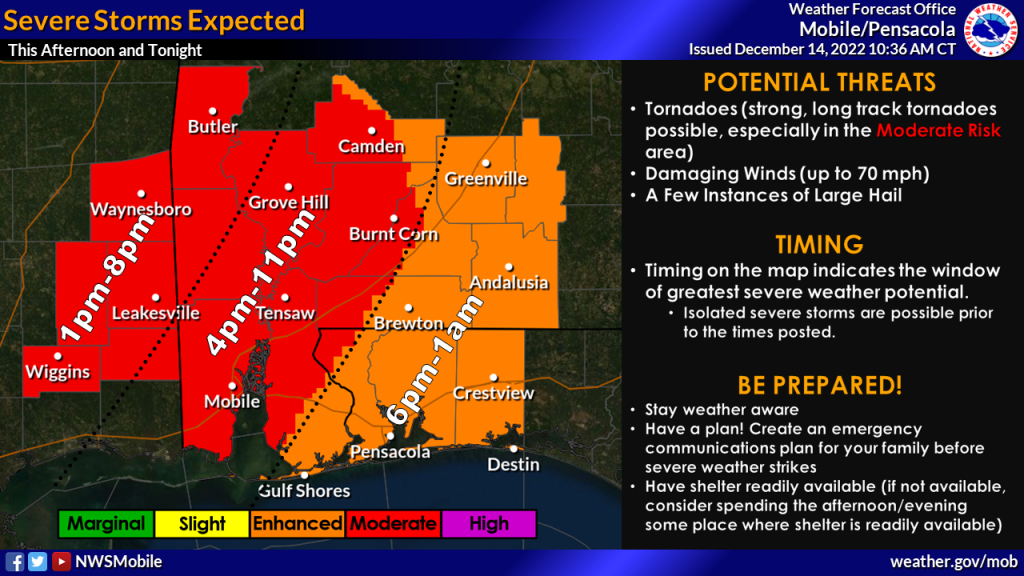 The National Weather Service has upgraded the risk of severe weather for the western half of the area to moderate.

According to a release, there are no changes to the timing or any of the other severe weather information that was shared earlier this morning.

The moderate risk reflects increasing concerns for tornadoes, including the potential for strong, long track tornadoes, according to officials.

“We have also issued a Coastal Flood Advisory for Mobile and Baldwin Counties,” NWS officials said. “Minor coastal flooding is likely in the typical flood prone area later this evening, roughly between 8 p.m. to 2 a.m. A High Surf Advisory is also in effect for coastal Alabama and the western Florida Panhandle. Surf heights are expected to be in the 4-7 foot range along Gulf facing beaches.”