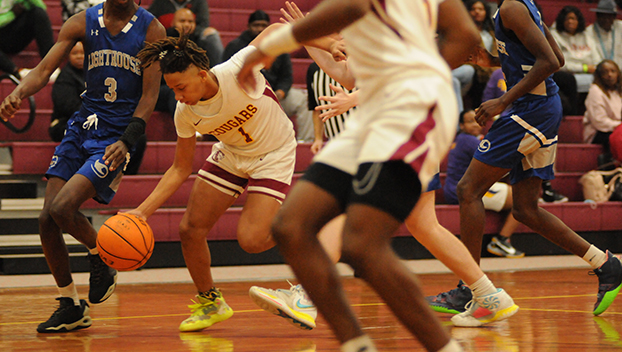 After regulation, the game was tied 45-45 going into extra time, where Watson went 5-of-6 from the charity stripe.

Earlier in the game, the Cougars and Central were notched 8-all at the end of the first period, and the Robertsdale school led 23-19 at halftime.

Head basketball coach Jerome Webster said the boys turned it around in the second half.

“We went man to man,” Webster said about his defense. “We started off man in the second quarter, and played with more intensity in the third.”

Webster added that Cameron Ball and the rest of the EA guards played well defensively.

Webster said the team fell a little short in the fourth period, and getting back to the free-throw line was priority in overtime. He added Watson’s free throws were big in the game.

The Cougars face Sparta Academy on the road on Dec. 30 before AISA Class 1A, Region 2 play begins in January.