Storms to impact area sooner rather than later tonight, tomorrow 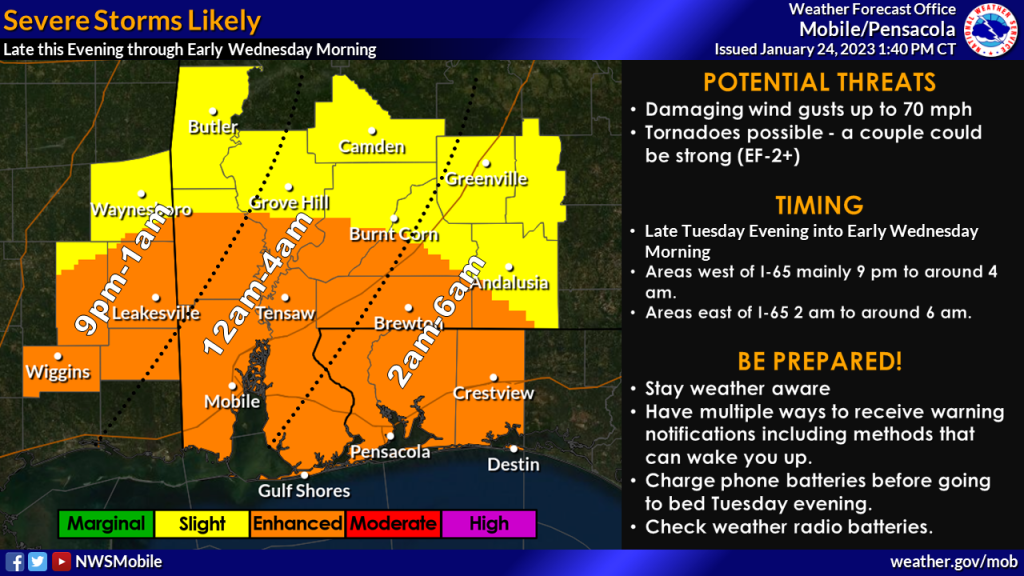 Officials with the NWS said the line of storms set to move across the area tonight looks to do so a bit more quickly. Forecasters have adjusted the timing on the severe weather threat graphic such that the ending time looks to be 6 a.m.

Additionally, forecasters have expanded the high wind warning to include Wayne County, Miss. and Choctaw and Clarke Counties in southwest Alabama.

According to the NWS, a wind advisory is now in effect tonight generally for south central Alabama.

Here are some other points of interest relating to tonight’s storms: