For the next several weeks, the Escambia County Blue Devils will be going through a rigorous workout schedule, while fighting the summer heat.

The Blue Devils are in their third week of workouts, which are getting them strength and conditioning for the upcoming football season.

Each week on Monday, Tuesday and Thursday, the Blue Devils report to the field house at Herbert Barnes Stadium working to improve not only their strength, but their speed and agility as well.

Blue Devils head coach Mark Heaton said his team goes through the same routine of drills and lifts in order to become better as individuals as well as a team.

“Everyday, we work on our food speed through drills that get us warmed up and ready to stretch,” Heaton said. “After we finish our foot speed drills, we begin our stretch routine and then move into our three-day workout.”

During their normal workout, the Blue Devils do several different lifts aimed at improving their strength and speed.

Heaton said there are a mix of lifts to workout every muscle.

“During the workout, they do several core lifts to hit the main muscles,” Heaton said. “They also do a lot of auxiliary lifts to workout other parts of the body.”

Upon finishing the workout, Blue Devils players head out to the football field and work on different drills.

Heaton said the drills his team works on range from individual drills to team exercises.

“Once we finish working out, we go outside and run through position drills and team sets,” Heaton said. “We go through offensive groups, which is a drill for every position on offense and then we go through defensive drills for each position. Then we group everybody together for team work.”

With 65 to 70 players showing up consistently for the summer workouts, the Blue Devils head coach is excited about what he has seen.

Heaton said he has been pleased with efforts, but needs to see more from his players because of how far behind the curve they are.

“I’m very pleased, but we are still not anywhere near where we need to be,” Heaton said. “I still need to see better commitment from some guys, but we are working on that. We are just so far behind right now that we are still getting stronger in the weight room. That’s a good thing in a way though because we are just having to work a little harder to get caught up.”

With the Blue Devils still learning how their coach wants them to workout, it will take time to get adjusted to Heaton’s style.

Heaton said the first year will be the groundwork being laid because the younger players moving up will have a better idea next season.

“This first year will be the foundation for next season,” Heaton said. “They will know what the expectations are after they finish summer workouts and go through the season.”

When the Blue Devils come out of workouts, their coach wants them to have completed one important goal.

Heaton said he wants to see his players take pride in their program.

“The biggest thing that I want to see is the kids taking ownership in this team,” Heaton said. “I want them to represent this program in a championship manner. Lead by example and then become a vocal leader.” 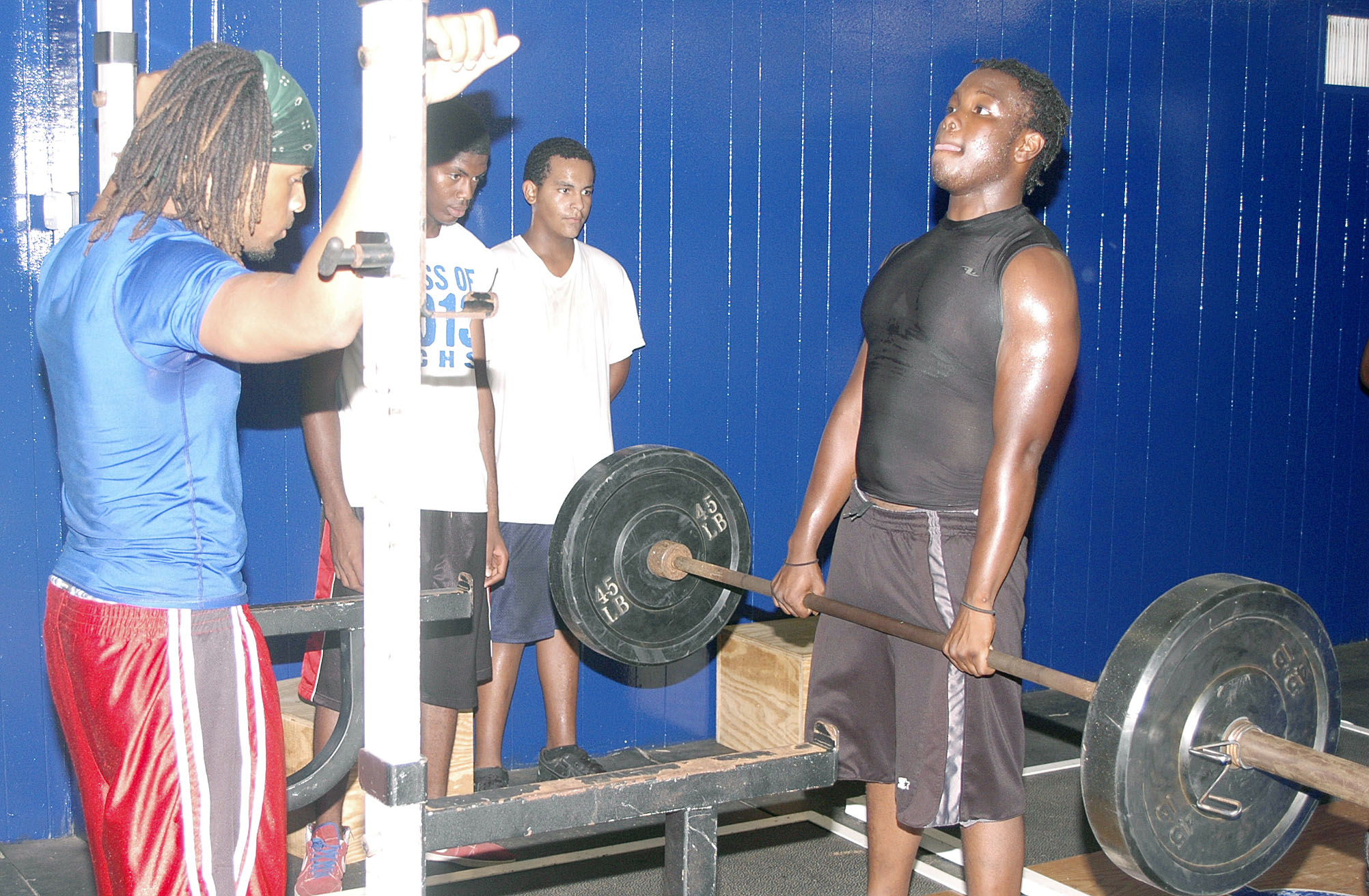 During summer, swimming is a part of everyday life for people all over the area. Children visit swimming pools, families... read more