Lady Cougars head coach Ronnie Huskey said he thought the clinic was great for his players to be a part of.

“We had eight players take part in the clinic, and I loved it,” Huskey said. “Faulkner did an outstanding job, and I thought the girls were able to get a lot out of it.”

With softball season still several months away, the Lady Cougars will have time to work on the things they learned during the workout.

Huskey said he thinks the things that his team learned at the clinic will help them during their 2011 season.

“I think all of the things they learned will help tremendously,” Huskey said. “It also helped us in our relationship with coach Wynn and Faulkner, and we are going to try and do more things like this in the future.”

For more on this story see Saturday’s edition of The Atmore Advance. 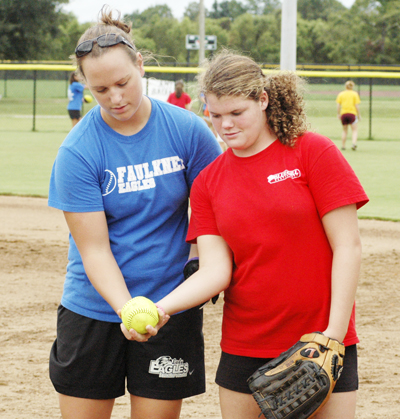