Lady Blue Devil Diamond Williams’ 28 points were not enough to keep the Escambia County Blue Devils from getting defeated 60-47 by the Baldwin County Lady Tigers on Saturday in Bay Minette.

Williams finished the game with her team-high point total and also recorded seven rebounds, four assists and four steals in the loss.

The Lady Tigers pounced on the Lady Blue Devils to open the game by outscoring them 17-2 in the first quarter.

The Lady Blue Devils were able to chip away at the lead in the second period outscoring Bay Minette 14-8, but were still down 25-16 at halftime.

Following halftime, the Lady Tigers held their lead over the Lady Blue Devils by outscoring them 18-15 in the third quarter and 19-16 in the final period of play to pick up the 60-47 win.

“This was a hard fought contest,” he said. “Our girls really showed heart after falling behind 25-4 in the first half. They pulled as close as five points in the fourth quarter, but circumstances kept us from victory. I’m still proud of my girls for the effort and hope they can build on it for the remainder of the season.” 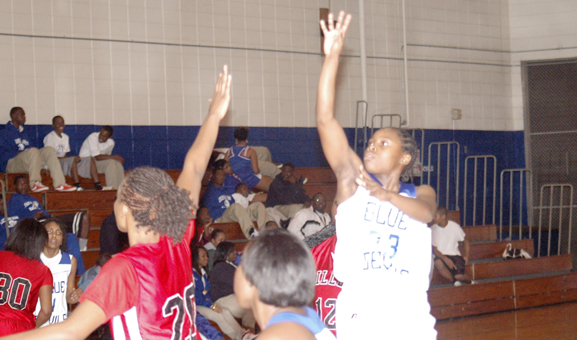