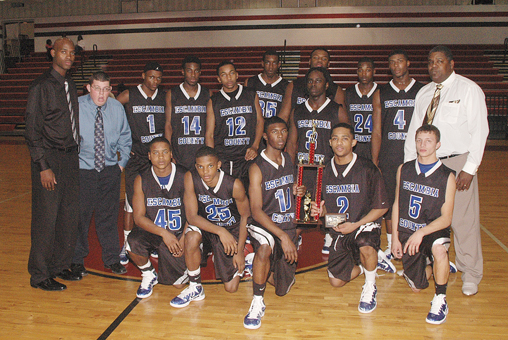 The Blue Devils (10-6, 1-0) picked up the win thanks to the efforts of Tournament MVP Andrew Rodgers and Tournament Team member Fred Knight who each recorded 14 points in the championship game.

Blue Devils head coach Anthony Hayes said he was proud of how well his team played during the tournament.

“I’m really proud of how our guys performed over the past three days,” he said. “Andrew really stepped up and played well on both ends of the court. We hope this carries over once 2011 and area play begin.”