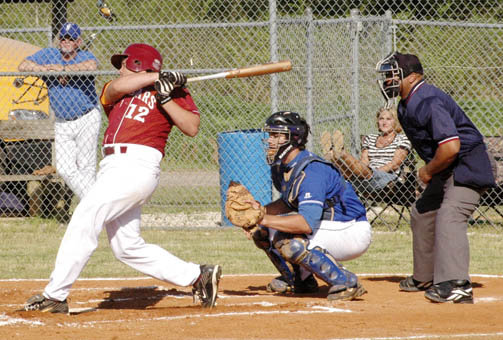 EA Cougar Ryan Linam takes a swing at a pitch during a Cougars’ game in 2010.|File Photo

The Cougars (2-5, 0-1) were in a tightly contested game with the Gators from Grove Hill as neither team could get anything going in the first two innings, but Clarke Prep struck first in the top of the third with two Gators crossing the plate.

The Cougars cut the deficit to one run in the bottom of the fourth inning with Reid Bell being knocked in by Ryan Linam, but EA was unable to score any other runs to give Clarke Prep the win.

The Cougars next game is Thursday at home against Northview. Games begin at 4 pm.

Northview Chief Taylor Martin watches the ball fly after a big hit during the Chiefs’ match up against the Pensacola... read more