The Lady Rams had a huge game against the Lady Lions with batters one through seven all scoring two runs apiece.

The Lady Rams took control in the top of the first inning as they put six runs on the scoreboard.

With a 6-0 lead, Kendra Beachy went to work on the mound in the bottom of the inning and struck out the side.

In the second inning, the Lady Rams added three more runs giving them a nien-run cushion, which allowed them to put Narisa Wiggins in for some work on the mound.

Wiggins pitched the second and third innings striking out two batters in the process.

Offensively, Charity Hall led ACS going 3-for-3 in the win.

The Lady Rams final game is on Thursday night at East Hill Christian School in Pensacola, Fla. Game time is at 4:30 p.m. 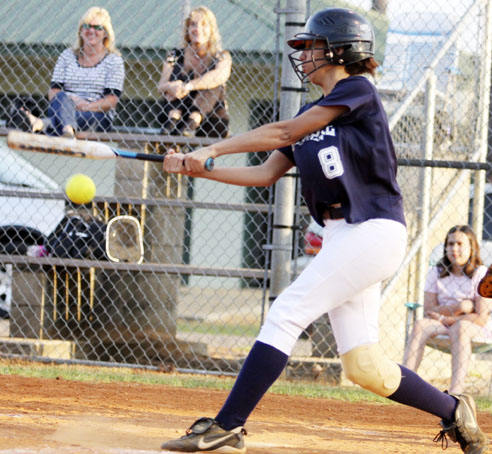 ACS Lady Ram Kendra Beachy takes a cut at a pitch during a recent game.|Photo by AJ Beachy

Atmore Utilities Blue Flame Ayden Bonner gets a big hit during his team’s game against the Cardinals.|Photo by Chandler Myers... read more