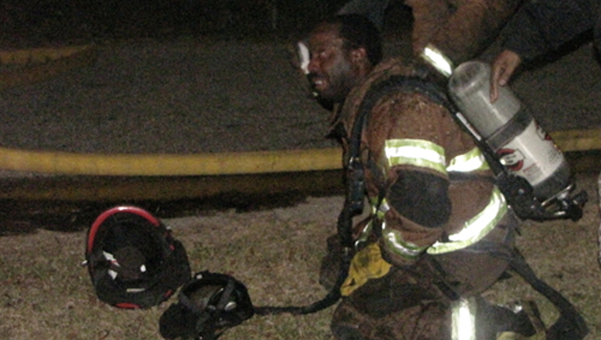 Atmore police reported that two 2-year-old girls and a 1-year-old boy were killed in the fire which began around 8 p.m. Wednesday. Officials with the fire marshal’s office continued to investigate at the house Thursday, but no official cause of the fire had been determined.

Atmore Fire Department responded to the scene of the fully engulfed home at 156 First St. just after 8 p.m., where firefighters pulled three small children from the blaze. Despite the efforts of the responders, who performed CPR on the victims as Atmore Ambulance Service responded, all three children were killed.

Atmore Fire Chief Gerry McGhee said it appeared the children were home alone at the time of the fire. McGhee said all three victims appeared to be between the ages of 1 and 3 years old.

McGhee said the cause of the fire has not been determined, but added the state fire marshal’s office has been contacted in order to form an official investigation. Although an official determination has not yet been made, officials on the scene reported the fire possibly stemmed from a stove left open, seemingly to provide a source of heat for the home.

Witnesses on the scene said the home where the fire occurred belongs to Betty Harris, who was reported to be at work at Atmore Nursing Center at the time of the incident. Harris is the aunt of the children, whose mothers are reportedly twin 18-year-olds.

In the aftermath of Wednesday’s tragedy, the community of Atmore is working to cope with the untimely loss of three innocent children. AFD fire fighter Brandon Barber responded to the fatal blaze on his day off. He said attempting to deal with the loss of  young lives takes its toll, even on those trained to handle such events.

Barber said circumstances of loss involving children are particularly hard to bare, especially for first responders who are parents.

“I’ve got a daughter,” he said. “And when you’ve got your own kids and you have to pull kids out of these houses, it’s a little bit different.”

According to AFD personnel, the official cause of Wednesday’s fire is expected to be reported as early as Friday morning. 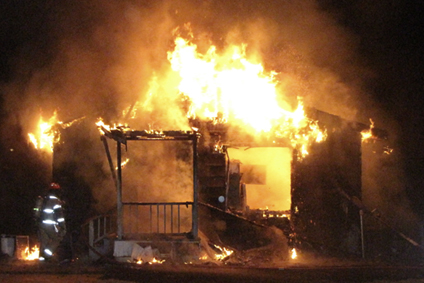 A home located at 156 1st Street was completely destroyed by fire Wednesday night.

UPDATE: ECHS stays in Class 4A