UPDATE: ECHS stays in Class 4A 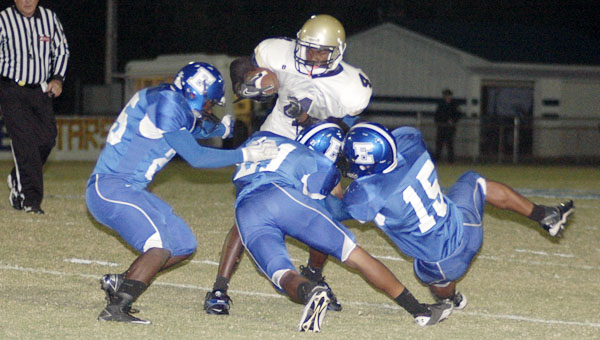 News of the new classifications were announced Wednesday morning by the Alabama High School Athletic Association in Montgomery.

Football was the primarily watched sport for the classifications because of several big moves, especially in Escambia County High School’s region.

Escambia County, which was rumored to be on the edge of Class 4A and 5A, remained in Class 4A Region 1 with the likes of Thomasville, UMS-Wright and Monroe County.

New to their region are Andalusia, Wilcox-Central, Hillcrest-Evergeen and Clarke County.

The Andalusia Bulldogs were swapped over from Class 4A Region 2 after it was discovered that Pope John Paul II out of Huntsville was inadvertently left off of the initial list on Wednesday, Escambia County head coach Mark Heaton said.

“They had to make some changes yesterday when it was discovered they left off Pope John Paul II, which begins varsity play this year,” he said. “When they made that change, they shuffled up some regions and placed St. Paul’s as the largest 4A school back into 5A and pushed Chelsea up into 6A. For us, it really doesn’t change anything because it just keeps brings another talented team into our region.”

The new classifications, which moves four teams from this year’s Region 1, create a ripple effect because of how many teams moved, but the competition level remains the same with each new team looked at as a trade off.