Car catches on fire at bank (with photo gallery) 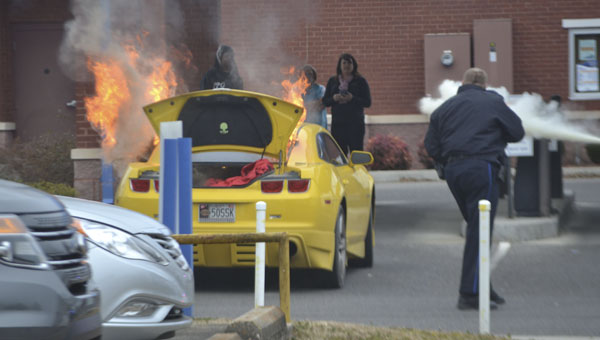 A Chevrolet Camaro caught on fire Friday afternoon in the drive-thru lane of Gulf Winds Credit Union, but firefighters quickly extinguished the flames and nobody was hurt.

The fire took place about 3:15 p.m., when vehicle owner Leon Shuler said he noticed some smoke coming from the back of the car.

He initially tried to put the smoke out but when it began to spread he rushed out of the car and called the fire department.

Firefighters arrived in time to put out the fire as it began to spread through the vehicle.

Shuler said he was pulling into the bank’s drive-thru lane when he smelled something burning, but he assumed it was coming from outside. When smoke began to fill the car, he backed it out from under the drive-thru lane’s roof and got out right away.

He said that he owned the car for about four years and it had never had any problems before.

Officers from the Atmore Police Department kept the fire under control with extinguishers, until the Atmore Fire Department was able to arrive shortly after. 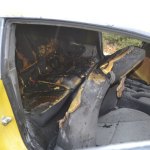 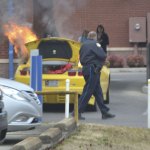 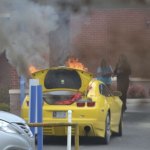 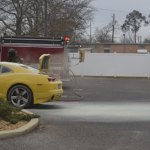 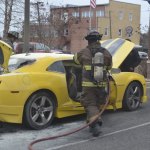