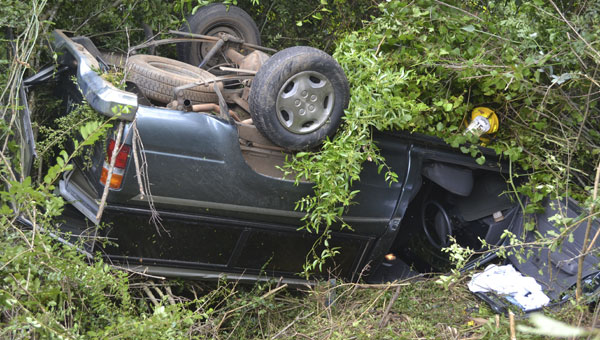 An elderly woman was injured Thursday morning, after her vehicle ran off Florida Highway 97, about a mile south of Atmore. First responders said her injuries did not appear life-threatening.

An elderly woman was injured, but still conscious and alert, after a single-vehicle accident on Florida Highway 97, about a mile south of the Atmore city limits.

According to first responders on the scene, the woman said she blacked out while driving north on Highway 97. Her vehicle then appeared to leave the road and flip upside down before coming to a stop in the woods on the eastern side of the highway.

It took first responders about 20 minutes to clear the brush and remove the driver from the vehicle. First responders said that her injuries did not appear to be life threatening.

No other information was immediately available.

The Escambia County Community Band will have a special concert Saturday night. Music fans will have a unique opportunity this... read more