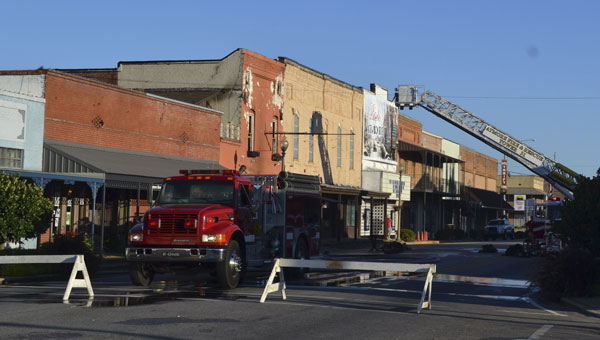 Main Street was still blocked off Sunday morning as firefighters continued to clean up the damage.

The fire began about 1 a.m. in the Parish Grill, a restaurant located at 122 S. Main St. Firefighters from the Atmore Fire Department, Poarch Volunteer Fire Department and Escambia County (Fla.) Fire Rescue responded to the blaze. 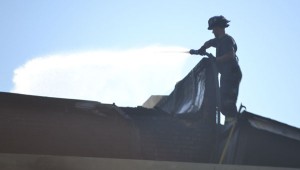 At 8:30 a.m. Sunday, firefighters were still battling lingering “hot spots” on the roof of the damaged building.

The fire and smoke eventually spread into adjacent businesses, including Carl’s/The Tot Shop and The Smith Trading Company.

At 8 a.m. Sunday, Atmore firefighters were still on scene cleaning up the heavy damage from the massive fire. There appeared to be portions of the roof and interior that were still showing smoke.

There were no injuries reported from the fire, and all of the businesses were closed at the time. Traffic on Main Street from Nashville Avenue to Church Street was detoured until about 10 a.m. Sunday morning.

For more on this story, see the Wednesday, Oct. 15, edition of The Atmore Advance. 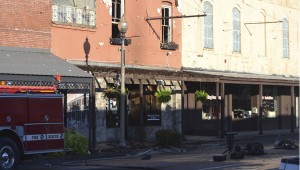 It is believed that the fire began in The Parish Grill.

Police are looking for information about the arrest of two suspects who stole prescription drugs from Buy-Rite Drugs on Tuesday... read more