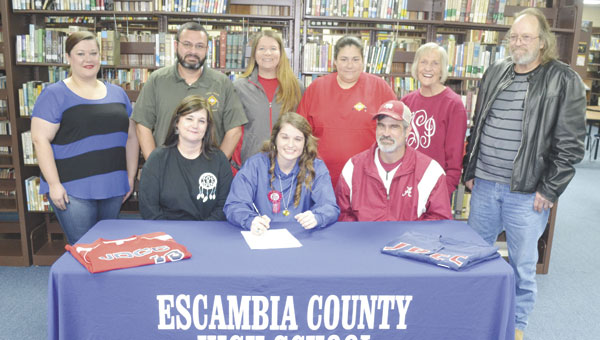 Cox officially announced her decision at a ceremony held Friday at the ECHS library. She said she was excited to join the Lady Warhawks because she has two cousins who play on the team — Chelsey Ramer and Tristen Boothe.

“I just really have a love for the game of softball,” Cox said. “I’ve been playing since I was very young.”

JDCC coach Misti Nims said that her team was getting a talented player.

“We’ve been watching Kaylee for five years,” Nims said. “She’s a strong pitcher and has a great work ethic. We know that she will be an impact player for us as a freshman.”