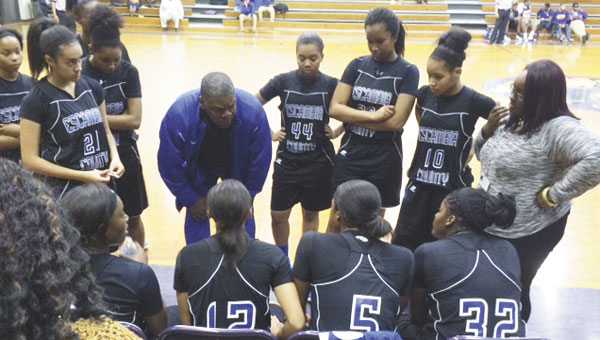 ECHS Lady Devils head basketball coach Jerome Webster goes over strategy with his players, during a timeout in last Tuesday’s win at Jackson. It was the third area win of the season for the Lady Devils.