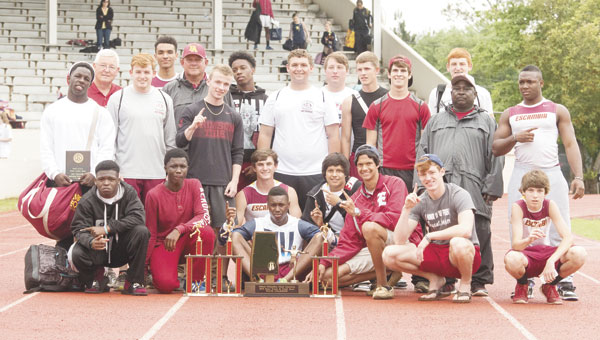 It was the third varsity championship of the year for EA, which also won titles in football and weightlifting. The Cougars finished with 158 points, well ahead of second-place Lee-Scott Academy’s 95 points.

For more on this story, see the Wednesday, April 22, edition of The Atmore Advance.

Tanner Smith leads the Blue Devils onto the field during a game earlier this season. ECHS finished as the area... read more