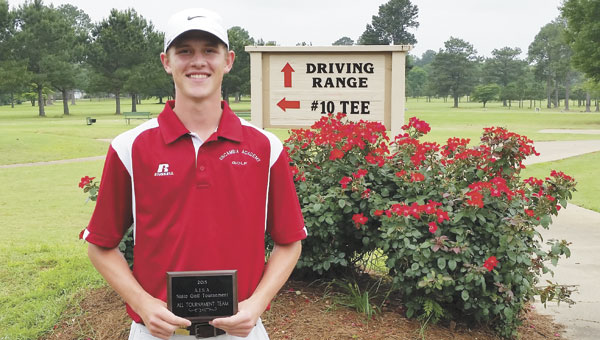 Brantley shot 77 on his first round and followed up with a 72, just 1-over par, on the second day.

This fourth-place finish also earned him a spot on the All-State team, comprised of the top five low scoring golfers, for the second time in his high school career.

Brantley began participating in the state championship tournament as a sixth grader and has qualified every year since then, making seven total appearances. He is the son of John and Janet Brantley of Atmore.