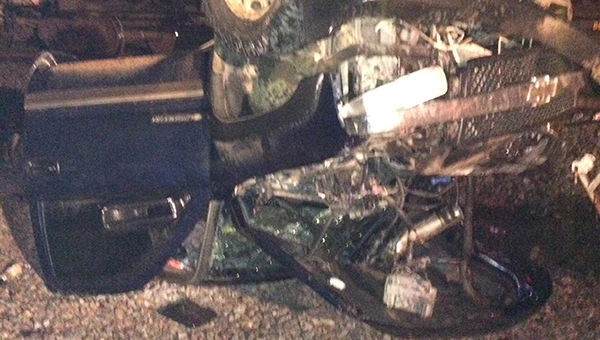 An Atmore man was injured in a wreck with a train Saturday afternoon. | Courtesy photo by Glenn Carlee

An Atmore man was injured when a CSX train hit his truck Saturday afternoon at the intersection of Highway 31 and Wilson Avenue.

“He stopped on the tracks and a lady in front of him pulled off,” Carlee said. “He got out and tried to pull the trailer off. Then, he went back inside of his car.”

Carlee said the train then hit Martin’s Chevrolet truck and dragged it from where the boutique shop Jus Because is to the old city park.

Carlee said Martin received lacerations as a result of the wreck.

JDCC merger in the works?

By Stephanie Nelson The Brewton Standard A merger between Jefferson Davis and Faulkner State community colleges is in the works.... read more