Carlee had memorable moments during career 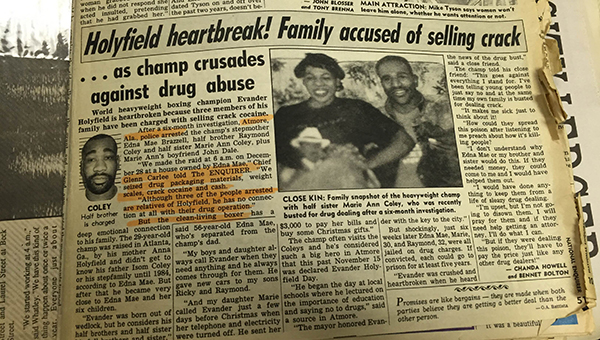 When Glenn Carlee looks back over a lifetime of police work, there are a number of cases that stand out.

Too many of the memorable cases, he said, happened on Christmas.

“We had several things on Christmas Eve for some reason,” he said.

A newborn was found in a dumpster on Christmas one year. Someone rummaging through a dumpster for food found the baby, Carlee recalled.

“A 15-year-old girl had given birth in the bathtub,” he said. “Nobody even knew the girl was pregnant. The grandmother picked the baby up and smothered it.”

During the time he worked in Florida, he received a call to do a welfare check on a house Christmas Eve night.

“I found a 2-or 3-year-old toddler in a crib,” he said. “The parents had left to play a musical event, and they were sedating the child with something to make it sleep all night.”

His own son was a toddler then, and it still bothers him that he couldn’t bring the child across state lines to take care of it that night.

“We were able to get the child place with family members, and we took gifts the next morning so the child could have Christmas.”

There was another Christmas morning, when Carlee was working dispatch, when a game warden was found dead.

“In those days, they did autopsies at the local funeral home,” Carlee said, adding that a member of local law enforcement was required to witness each one.

When this one was over and the officer who had witnessed it returned to the station, Carlee asked him a simple question.

“Was there anything in his hands?”

“I knew the game warden. A lot of times when he came by the station, he’d have information written in his hand,” he said. “They went back and checked. He had written down the tag number of the people who killed him.”

That’s just one of many memorable homicide cases.

“Larry Gibbs and I worked one when they found the victim at Atmore Truckers.

“All we had was a dipstick where the had checked the oil in the car in the road beside him,” Carlee said. “We solved that before dark that night.”

“It was cold,” Carlee recalled. “She had to have been in her 80s. She crawled out of that cotton field at daylight and got help.

“She not only survived, but survived long enough to testify against him,” he said.

The man was convicted of capital murder.

Perhaps what he enjoyed most, he said, was the opportunity to work with some members of the Greatest Generation.

“I worked with officers who couldn’t read and write,” he said. “I’d fill out their reports, and they’d put an ‘X’ for their name.

“But they had the respect of the community, and when they walked in, you had this feeling of calm and you were safe.

“I used to love dispatching here on Saturday mornings,” he said. “All the guys who were off would come in to get coffee and tell their stories. Scotty Burns, sometimes Boots Teel, PeeWee Stacy, my father, Mr. Bud Dixon.

“It was so comical to hear them cut up and interact with each other,” he said.

He talked about working with officers like J.B. Redmond and Bud Sheehan.

“If you got a call at the LadyBug Lounge, and you walked in beside Bud, it was like you were walking in beside John Wayne,” he said. “You knew everything was going to be OK.”

Things have changed exponentially since then, he said. When he became a chief, there was no email, no text messaging. He made a habit of leaving notes on the mayor’s car so he wouldn’t be surprised when heard news of arrests in the Sweet Shop the next morning.

But modern communication also makes it more difficult to do police work, he said, because too many curious bystanders show up at scenes.

Thinking back to the early days, he said, “You just admired these guys. But they were squared away. Their brass polished was, and their shoes were shined. If you worked the night shift, you wore cowboy boots, and you could see yourself in them.”

Carlee joined the police department to save money for college. Instead, he worked the men he viewed as heroes.

An Atmore man has been charged with attempted murder, according to the Escambia County Sheriff’s Office. Grealen D. Montgomery, 36,... read more