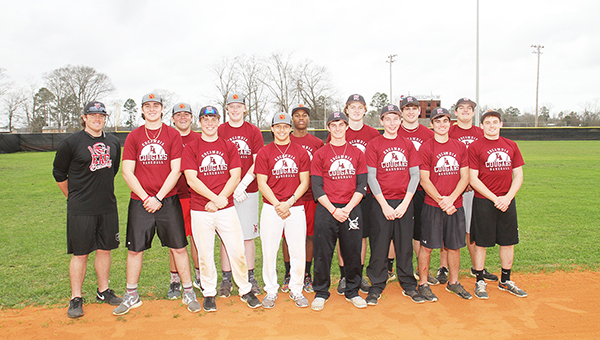 Escambia Academy will weather the storm no matter what it brings this week as the Cougars’ baseball and softball teams visit Morgan Academy for the Elton Reece Pepsi Baseball Classic this weekend.

The boys play Coosa Valley at 4 p.m., and North River of Tuscaloosa at 8 p.m. on Morgan Field. The girls play Cornerstone and Sumter in pool play on Field No. 4. The Lady Cougars are in Pool D.

The top four seeds from pool play in the softball tournament advance to the double-elimination play, which starts on Friday.

Before the Cougars play in the tournament, they will play West Florida Baptist on Thursday at home.

“We’ve got a lot of new faces and guys starting in new positions,” Price said. “There are guys who are getting opportunities. I’ve got a strong senior group. These past couple games we gave up three runs in two innings. Our guys are pretty confident because they realize that they were two mistakes away from being 2-0.”

EA lost by single digits in each game so far this season.

From a motivational standpoint, Price said he hasn’t had to do too much to keep the players up beat.

“They’ve been very positive and open to what I’m asking them to do,” he said. “They work hard. They’ll run through a brick wall if you tell them too.”

Even though it may be early, Price said the team will be fine.

“As of what I see right now, I think we’re going to have a good year,” he said. “I’ve been very impressed with them. Even when we get down in the count (at the plate), we’re not an easy out. That says a lot because it’s tough to find kids who will battle.