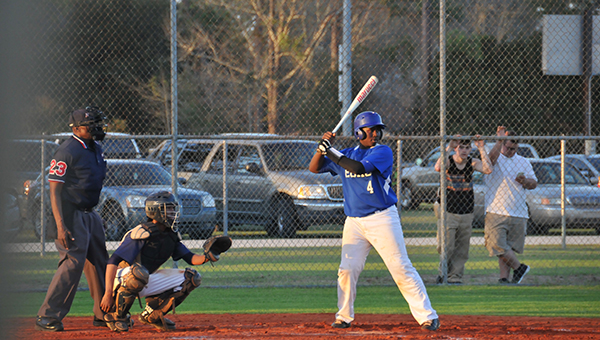 When Escambia County won its first baseball game of the season Monday night, the Blue Devils had to do one thing — take a victory lap.

With MCHS runners in scoring position in the sixth, second baseman Brandon Cummings — who just got done throwing five hitless innings — threw a strike to home plate for the second out.

A short time later, the Blue Devils pulled off the hidden-ball-trick with the runner at first base for the final out.

“It feels great,” Lindsey said about getting the win. “The best thing about our team was that they had life tonight. Everybody had fun.”

Cummings finished the game with 11 strikeouts.

Lindsey said the big key of the game was the out that Cummings got in the sixth.

“We had great pitching and hit the ball effectively,” Lindsey said. “They stayed up. I’m a proud coach right now.”

Devante Dailey earned the save in two innings with three strikeouts.

Chuck Sykes, Director of the Alabama Wildlife and Freshwater Fisheries Division, had plenty of luck with his youth hunters during... read more