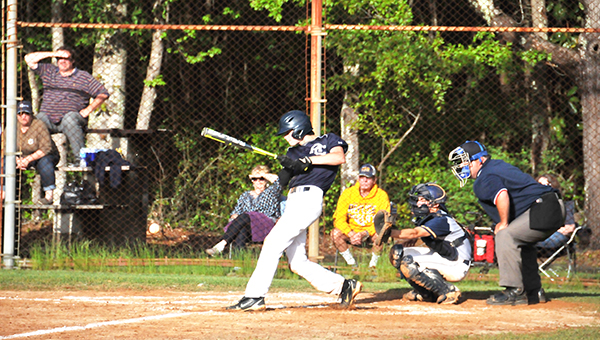 In the loss, ACS tied the game early in the third inning on an Arri Torres RBI double. The Rams took a one run lead in the fourth when Jadon Torres scored on a wild pitch.

Early in the game, the Rams’ defense wasn’t clicking on all cylinders, but they bucked up and kept playing at a high level despite giving up the lead in the fifth inning.

With one out and the bases loaded, the Saints tied it at 2-all on a sac fly and the next batter hit a two-run single to make it 4-2.

In the sixth, the Rams got the help of the infield fly rule and struck out the best hitter swinging with runners on second and third.

The Rams couldn’t get anything across in the bottom of the seventh with two on and two out.

If the Rams win next Friday over the Saints, they’ll advance to Saturday’s play against the No. 1 seed of the Eastern division.

Chris Gehman pitched a complete game, allowed two runs (no earned) on three hits and struck out nine to earn the win for the Rams on Tuesday.

Prior to the seventh inning, Trinitas only had two runners reach third base, and Gehman worked out of those jams both times, according to Rams coach Jonathan McMath.

Gehman, Matthew Harris and Jace Weber went 1-for-3 each to lead the Rams. Harris and Weber had one RBI each.