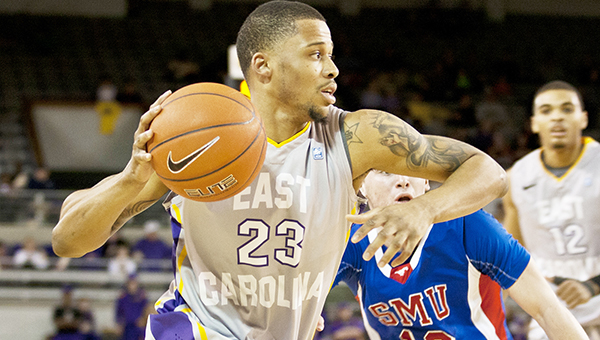 When Erin Straughn saw an opportunity to be a head basketball coach, he took advantage.

Straughn, a Pensacola, Fla. native, played basketball for East Carolina University for three years as a starter. Toward his junior year, he developed a tibia stress fracture and became a medical red shirt the next year.

The following year, he was a student assistant coach at ESU. His eligibility expired at ESU and he received a bachelor’s degree.

Straughn said then, he still had a passion to play basketball.

“I decided to pursue my last year of eligibility,” he said.

Straughn decided to come back home to Pensacola and play his final year at the University of West Florida.

While playing at UWF, Straughn started his master’s degree in physical education.

“We didn’t do so well collectively, but I did well individually,” he said.

Straughn did so well that he decided to go the professional route. However, it didn’t work out even though he said he received interest from teams out of Japan and Italy.

“I ended up moving to Charlotte, N.C. with my college sweet heart,” he said. “I played on a semi pro team for a few months. Then, going into this year, my father got sick and that pretty much brought me back here.”

He said he doesn’t know what type of offense or defense he’ll run.

“We’re still trying to figure out who is all on the team,” Straughn said. “That comes based off of the make up of the team. We’d like to play at an up-tempo pace with a fast press. I’d love to play a little man to man, some zone and starting with a press.

“I’ve got some ideas, but I’ve just got to figure out who is all on the team. I’d love to be very aggressive right away on the defensive end. That’s where it starts.”

“First, it’s academics,” he said. “I want to make sure that players that are on my team are in good academic standing, trying their hardest, and having what they need to be even better. I want to be a part of the team, and that’s my first goal.

“Secondly, it’s the attitude of the players,” he said. “That’s a big thing. I need to know if they’re going to buy into what I’m teaching them. All I can ask of them is to respect me, and play as hard as they can and I’ll be happy with that. Thirdly, respect. I want them to just having that respect, treating me with respect, their teammates with respect; teachers, principal and on down the line. I want everybody to be on the same page.”

High school football is getting closer and closer as teams will begin fall practice next week. The Alabama High School... read more