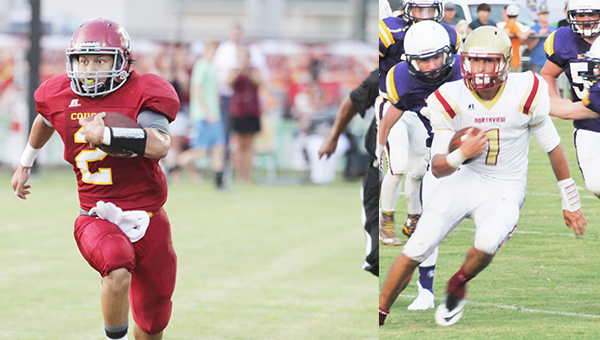 Cougars, Chiefs to battle in 1st match up

Two local, yet familiar teams will meet on the gridiron this Friday night as Northview hosts Escambia Academy for an Alabama-Florida matchup in Bratt, Fla.

The Chiefs are coming off of a 70-0 loss to a much bigger Crestview, Fla. team, while No. 2 EA had an open week after defeating defending AISA Class 1A state champion Abbeville 41-12 on Aug. 19.

Cougars head football coach Hugh Fountain said the game is going to be a challenge for his team.

“They have a good football program,” Fountain said. “We have a lot of respect for (NHS head football coach Derek) Marshman and their program. We’re probably going into this game being a big under dog because we are not very big, but I still think it’s exciting for us to play somebody close because you can tell the excitement is a little more generated this week.”

In fact, this will be the first time both teams have played each other, a game that’s been in the making for a long while.

Marshman said the game will provide a great atmosphere.

“They’re super talented,” he said. “There’s no way around that. They’ve got athletes all around the field. They’ve got some guys up front that are big, and if they’re not big, then they’ll make up for it in athletic ability. It’s going to be an uphill battle for us.”

Fountain said the big key in this week’s game is for the Cougars to play their game, not anybody else’s. 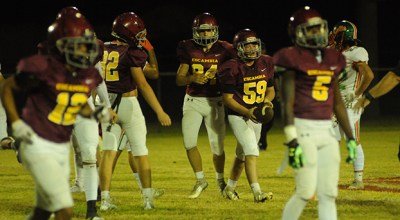