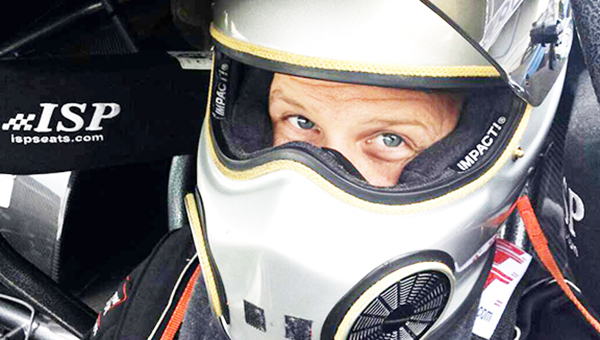 Shown is Brandon Snider inside of his car in Baytown, Texas. | Submitted photo

Points leader Brandon Snider went into the World Finals knowing that he would only need to win one round in order to lock up his first PDRA world championship. Snider, of Atmore, qualified number one for the sixth time this season, setting up a favorable ladder position against number eight qualifier, Monte Grace.

A 3.542-second pass was more than enough for Snider to win the round and the championship, recently.

“It was tremendous,” Snider said of the win. “We knew we had to win that round to seal the deal. Going into eliminations as the number one qualifier helped out. I didn’t try to push the tree or anything, just needed to go down the track. That round win took a lot of pressure off.”

Waiting for Snider in the final round was outgoing world champion Jason Scruggs, who pushed his Scruggs Farm Camaro to a 3.492 at 220.66 pass in his semifinal victory over Frankie “Mad Man” Taylor.

With a wounded rear end, Snider was unsure if he would be able to overtake the “Mississippi Missile.”

“We had some rear end problems all weekend, and it hurt the rear end again in the semifinals. I figured Jason would go another 3.49 or quicker, and I knew we couldn’t do that. We just hoped the rear end would last another pass without destroying itself, and fortunately it ran a 3.52 and Jason didn’t make it down the track,” Snider said.

One of the strongest competitors all season long, Snider was rightfully proud of the accomplishments of his team. He gives thanks to God for their safety, and to his crew chief Jimmy Crenshaw and crewmember Michael Elsberry.

“This championship is huge for us,” Snider added, who tunes his screw-blown 1969 Camaro. “People don’t realize how hard we’ve worked. People see that we race once a month or so, but they don’t realize how much time, effort and money is funneled into this car. We worked hard the last couple years to develop a good program. To be rewarded with this championship is just huge for me, Jimmy and Michael. It says a lot because we have one of the smaller teams and smaller budgets. This just proves that it can be done.”

By David Rainer Department of Conservation and Natural Resources This has been a particularly productive year for anglers who target... read more