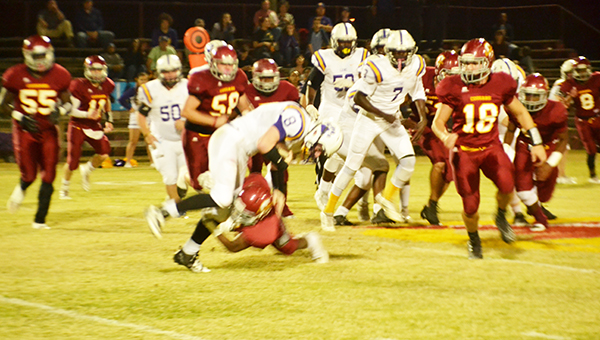 Escambia Academy’s three phases of the game clicked as the Cougars beat Evangel Christian of Montgomery 49-6 in an AISA Class 2A quarterfinal tonight at Bachelor Field in Canoe.

“I ain’t really thought about the 200th win, really,” Fountain said. “You’d like to get it, so I guess we got it. It just means you’ve been coaching for a long time. I’m proud to get it for them so we can continue on in the playoffs.

“We’d like to get 202 this year,” he said. “That’s our goal is to get two more. Maybe we can.”
The Cougars will host Clarke Prep Academy next week in the semifinals. CPA beat Cornerstone Christian 42-6 on Friday. EA beat CPA 35-0 on Oct. 7.

Fountain said he told his players before the game that it didn’t matter who the Cougars played, as long as they play next week.

“That’s kind of the way we feel so we have a shot to make it to Troy,” he said. “This is the third time in the last four years that we’ve been in the semifinals. Last year (a 35-24 loss to Lee-Scott Academy), we were nine or 10 points away from it. I’m excited for the kids, and excited to get this opportunity.”

After trading offensive possessions from the start, EA (7-4) drew first blood and kept it going.

Turner scored his first touchdown from 26 yards, and with a successful extra point attempt from Kainoa Gumapac, the Cougars led 7-0 with 4:54 left in the first. Turner added his second touchdown on a 3-yard scoot at the goal line with 28 seconds left in the first half. EA led 35-0 at the break.

For some time this season, Brown has been hampered due to injury and not at full speed.

About two weeks ago, he had his knee drained and right after, Brown could tell there was a big difference.

Brown showed he had returned with two touchdown runs in the first half from 75 yards on a punt return, and 65 yards on a run play. He eclipsed a stellar night with a 73-yard pick six with 1:10 left in the third quarter to put EA up 49-0.

“I was just thinking score, score, score,” Brown said about the 75-yard punt return. “I knew if we scored, then that’d be a shut out and the nail in the coffin.”

McGhee, who has shown a running prowess as of late, scored from 30 yard with 5:45 left in the second quarter, and from the 41 in the third. During his second TD, McGhee ran through a couple of defenders and hit pay dirt the rest of the way.

Evangel Christian managed to score a late touchdown with EA’s seconds and thirds in the game.

With less than 2 minutes left, the crowd showed its congratulations to Fountain by holding up signs with “200” written on them. In addition, Fountain received the game ball and a football with player signatures.

“I threw the other ball away, so I should’ve kept that one,” Fountain quipped. “That was really sweet of the crowd to hold those signs.” 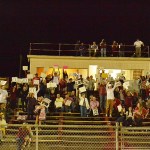 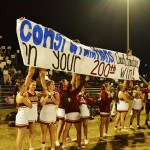 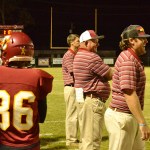 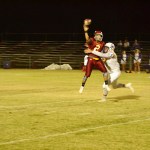 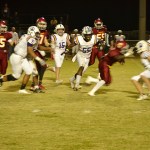 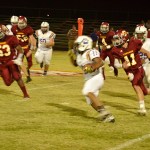 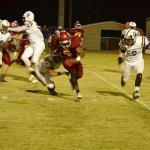 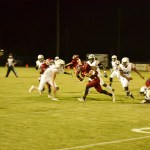 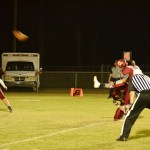 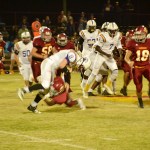 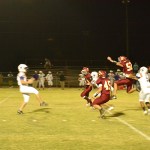 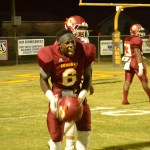 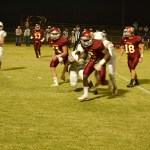 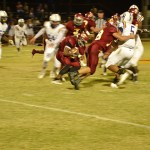 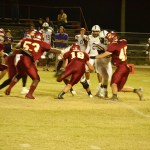 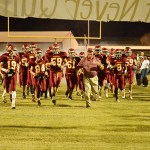 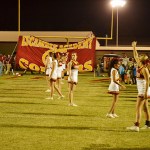