Inmate dies from stabbing at Holman

An inmate is dead following a fatal stabbing at William C. Holman Correctional Facility, according to the Alabama Department of Corrections. 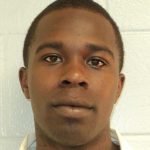 “At approximately 6:15 p.m., prison officials found Vaquerro Kinjuan Armstrong, 29, in a housing area with multiple stab wounds received in an altercation with another inmate,” Horton said in a release. “Armstrong was taken to the facility’s infirmary for emergency treatment but died from his injuries at around 6:30 p.m.”

Horton said correctional staff also reported a second incident in a different housing area, where a fight broke out among several inmates.

“Two inmates who were involved in the fight were treated at the facility’s infirmary for non-threatening injuries,” he said. “A third inmate received multiple stabs wounds and was airlifted to an area hospital, where his condition is listed as critical.”

Horton said the inmate’s name is not being released due to security reasons.

Additionally, the ADOC has sent sent investigators and a Correctional Emergency Response Team (CERT) to Holman to assist prison officials with their response to the incidents, Horton said.

“The prison is currently locked down while the ADOC conducts its investigation,” he said. “The prison and all housing areas are secure with no additional incidents reported.”

Armstrong was serving a 22-year sentence on a 2009 first-degree robbery conviction in Talladega County.

The ADOC has identified an inmate suspect in Armstrong’s death, but is not releasing the person’s name at this time. The circumstances that led to the fatal stabbing and follow-on incident remain under investigation.

FLASH FLOOD WATCH has been issued for south central Alabama and northwest Florida for Covington County, Ala.; and Escambia Coastal,... read more