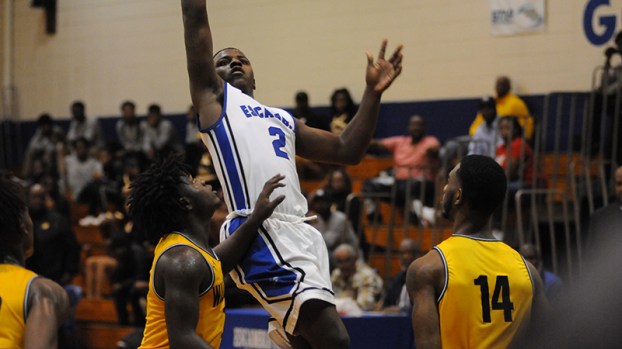 “Williamson has a good team,” Jackson said. “In the second quarter, third quarter and fourth quarter, we didn’t execute.”

Jordan Bell got a rebound and a put back, Derrick Williams added a steal and a field goal and Jacameron Horn made a jumper during the run.

Williamson’s DJ Brown owned the second half as he went on to score 14 of his 18 points in the third and fourth periods.

Brown, late in the game, attacked the basket for easy points to help his team keep the lead.

Early in the fourth period, Lue Williams, who was in foul trouble early in the game and played sparingly from the first period, got a floater to cut the game to one at 40-39.

Malik Brown added a free throw and drive to the basket to make it a 46-42 game with 54.6 seconds left.

Bell put an exclamation point on the win with a dunk with more than 47 seconds left in the game.

Williams then made a 3-pointer with 7.2 seconds and ECHS tried to get the game to one with a shot late.

Bell chipped in 12 points for WHS.

In girls action, Williamson’s Tiarra Boggs hit a 3-pointer with 11 seconds left to help lift her team to a 39-36 victory over ECHS.

Jacayla Nichson led with 16 points. C. Betts chipped in with 11.