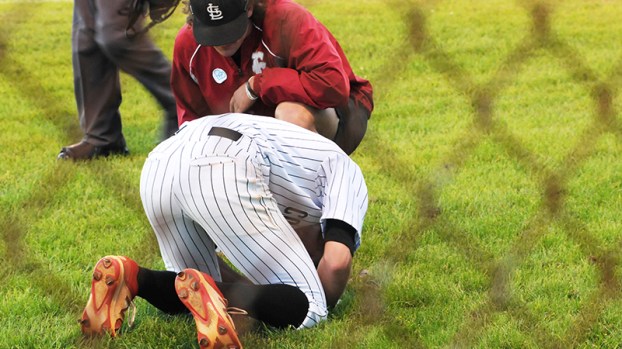 Pickens Academy’s 11 runs in the first inning in the second game of a doubleheader, and its go-ahead run in the ninth inning of game one helped lead the Pirates to a 3-2, 12-6 sweep over Escambia Academy in regional playoff game on April 19 at Tom Byrne Park.

After trailing 11-0 from the start of the second game, the Cougars showed a little life later on in the game.

“I was proud of the way our kids responded to adversity,” EA baseball coach JP Sawyer said. “We did not play well in the first two innings, but settled down.”

Chase Bell went 3-for-4, and Bowen went 2-for-4 to lead EA. Bell added one run, and Bowen scored two runs.

Escambia Academy’s Bryant Quimby fanned 11 and gave up one hit in 8.2 innings.

Robinson and Bowen had two hits each.

“Every inning we had a runner at two bases with one out, and just could not get the hit to score,” Sawyer said.

Austin Goodman hit an RBI double to score Peeks in the top of the ninth inning to give PA the go-ahead run.

In girls action on April 22, the Lady Cougars fell 13-0, 15-0 to South Choctaw in Toxey in the first round of the regional tournament.

Northview beat Baker, Fla. 12-0 on April 18 and claimed a 2-0 win over Paxton on Monday in recent softball... read more