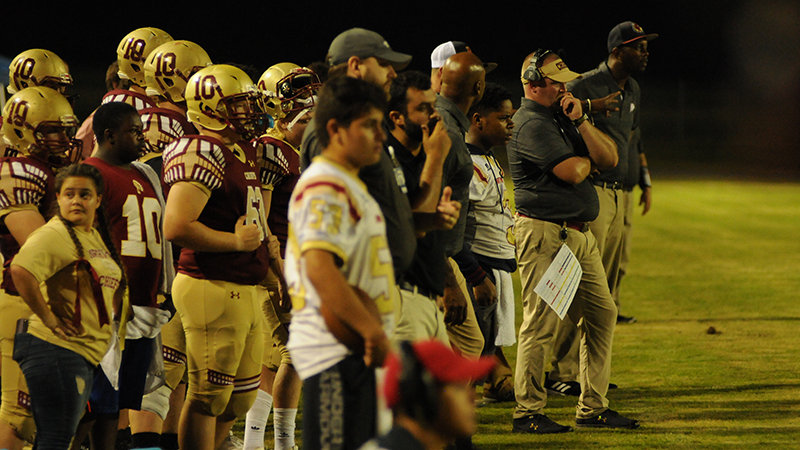 After a productive open week, Northview enters this Friday’s contest at Chipley, Fla. a little healthier and aiming to keep its win streak alive.

“It was real productive,” Marshman said. “We turned the focus back on us. We went back to the basics.”

Marshman added that players have the typical bumps and bruises, and the team treated the week like a recovery week.

Additionally, the offense and defense went back to fundamentals, and competition, Marshman said.

CHS is 1-6 on the season after notching its first win on Oct. 11, and had to play on Monday due to the postponements last Friday because of the weather.

Marshman said the Chiefs must be the more mature and physical team entering the contest.

“They’re really young, and got three seniors on the team,” he said. “They’re young, and that can be one that can get away from us.”

Marshman said CHS has a big line up front.

“They present a challenge to us in that aspect,” he said.

Marshman said offensively, CHS is like Northview in that they believe in being physical and running the football.

Will Taylor, a sophomore, leads CHS with 506 yards on the ground, and five touchdowns.

“He’s a punishing runner,” Marshman said. “He’s a young kid, and has a lot of good football ahead of him.”

“They do a good job of keeping you thinking,” he said, adding that defensively, they’ll try to play man to man.

Marshman said the boys are excited about the opportunity to play CHS.

“We hope to keep that (winning) momentum going,” the coach said. “At this point, playing good football is a goal, and it’s important to keep that going for the remainder of season.”

Kick off in Chipley on Friday is at 7 p.m.