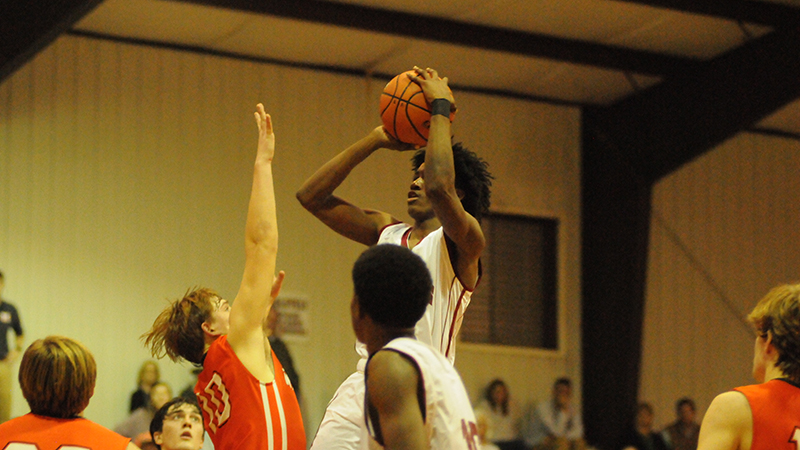 This is a new season for Escambia Academy’s boys basketball team, but the expectations are the same — nothing less than a state championship.

The Cougars are 3-1 on the season after going 2-1 over the Thanksgiving break, and dispatching Jackson Academy 74-37 on Dec. 2.

Head basketball coach James Smith said the best part about this team is that they love playing ball with each other as they did in football.

Smith said he’s excited about the year because of his returning players.

“They’ve got experience and they understand the system that I run,” he said. “That really helps.

“We’ve just got a good group of kids,” he said. “We’ve only had a total of four practices because of Thanksgiving and state (in which the Cougars finished as the runner up in football).”

The rest of the team includes Hunter Smith and Landon Sims are sophomores; Chaston Helton, T.J. Riley and Caleb Davis are juniors.

The Cougars finished in the regional tournament last season.

Smith said that was a frustrating time for EA, and he’ll be utilizing a one-game-at-a-time approach this year, along with making sure the boys win playoff games when needed.

“We understand what we have to do,” he said. “We just got to continue to play hard and take it one game at a time.”

This season, EA is in AISA Class 2A, Region 2 with Clarke Prep and Monroe Academy.