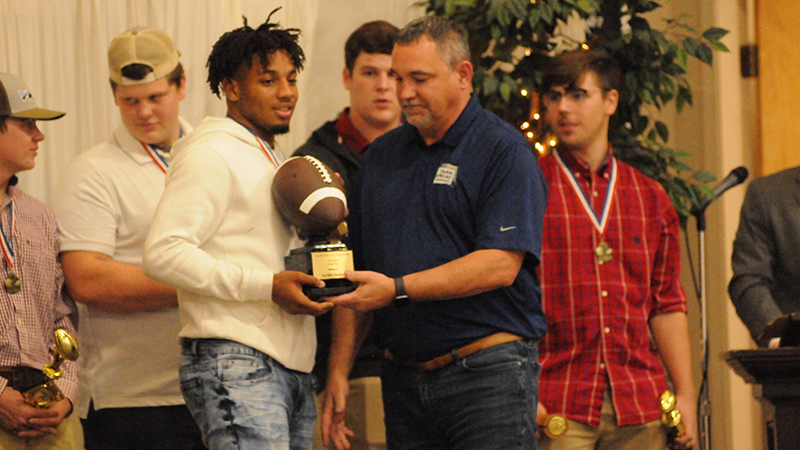 The Chiefs celebrated an 8-3 season, one in which, NHS hosted the first two rounds of the state playoffs.

NHS averaged 378.6 yards per game this year on the ground, and averaged 65.6 tackles each game.

Head football coach Derek Marshman presided over the banquet, recognizing each of the junior varsity players and those who earned individual awards.

The cheerleaders were recognized at the start of the program for their contributions as well, leading the fan support.