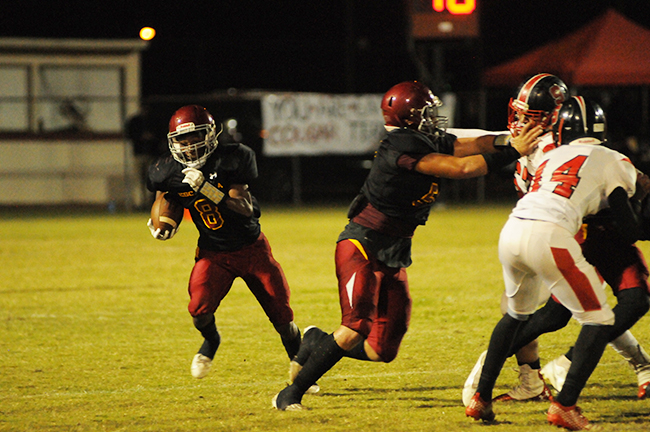 Escambia Academy’s fast start Friday ended in a 48-8 victory over Springwood School in the first round of the AISA Class 2A state playoffs.

The last time EA played Macon-East was in 2017. The Cougars won 50-13 in a road contest, and then went on to win the state championship over Autauga Academy.

If EA (9-1) wins Friday, this will be the fifth-straight trip to the state championship game in Troy.

• Bubba Nettles scampered in from 5 yards, and JJ Stevens converted the 2-point conversion for a 15-0 lead.

• Devin Kelly scooped up a fumble and ran it back 50 yards for a score. With the PAT, the Cougars led 22-0.

• Sims then connected with Randall Bonds ojn a 44-yard strike with 27 seconds left in the first. EA led 36-0 with the PAT.

• Sims found Nettles on a 17-yard touchdown pass with 1:14 left in the second. The PAT was no good.