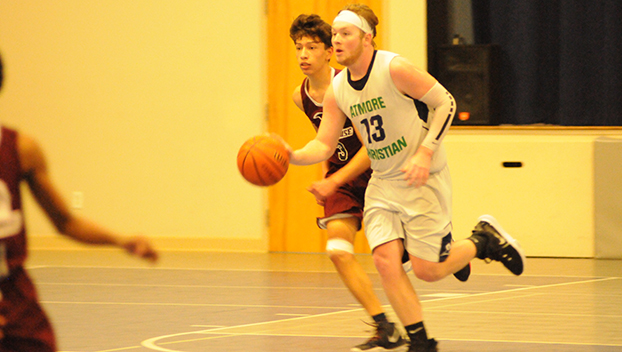 Free throws in basketball need to be placed at the right spot on the basket.

Atmore Christian’s Caeden Battles did so Jan. 7 at Central in Robertsdale, making a free throw that put him in the 1,000-point club.

Battles, a junior, said the accomplishment came right in the middle of the game.

“Everyone just cheered a lot,” Battles said. “At the end of the quarter, they did a cheer for me.”

Battles said he was so focused on winning, he didn’t think about making his 1,000th career point until after the game.

Battles, the son of Tim and Carita Battles, rode the bench during his fourth grade year for the junior varsity squad, but played a lot of minutes during his fifth and sixth grade seasons.

By the eighth grade, Battles started playing on the varsity squad.

Since then, Battles has helped lead the Rams on the hardwood.

He said his dad, who’s also his coach, has helped his game a lot.

“My dad has been a coach since I’ve been alive,” he said. “Even though I didn’t play, I was the water boy and I’d sit on the bench (and watch others play).”

Battles said his dad has helped him gain knowledge of the game, adding that being around the game a lot has helped his basetball IQ.

Battles said he likes basketball because of the comradery between his teammates, and because “I like winning.”

“I like competing,” he said, adding that in baseball – another sport he plays – one can compete, however. “There’s something about basketball because it’s more hands on.”

At present, Battles is helping lead the Rams to a higher seed for the playoffs.

ACS is 10-2 on the season, and has big games against Central and Alethia next week. 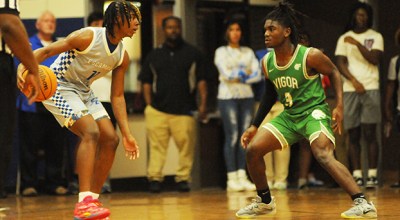