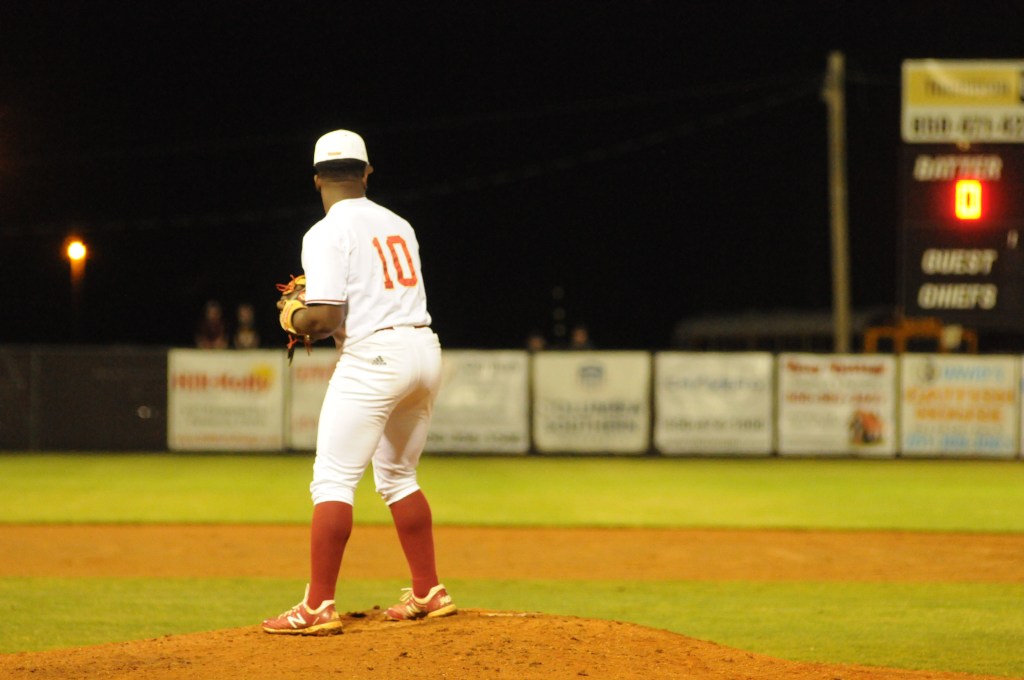 Northview’s Josh Landis hit a two-run single in the bottom of the seventh inning to help lead the Chiefs to a 10-9 victory over Central tonight in Bratt, Fla.

The walk-off hit was the culmination of a come-from-behind victory that saw the Chiefs trailing 9-1 after the first inning.

Landis came in in relief, striking out three 2.0 innings.

Peadon, W. Reeves and Lawson had one hit each for Central. All three added two RBIs.