On to the 2nd round 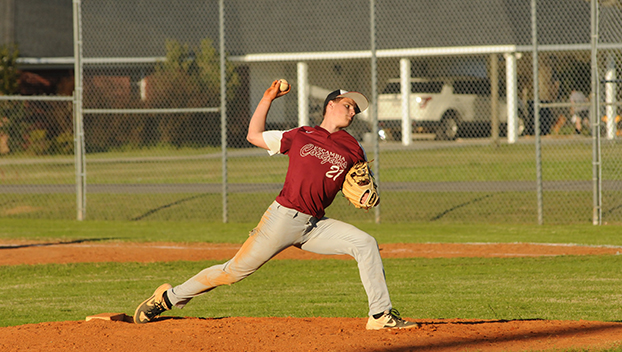 After the weather delayed the Cougars’ third game against South Choctaw, they came out focused.

EA defeated South Choctaw 16-3, and advances to face No. 10 Edgewood tomorrow in the second round of the AISA Class 2A state playoffs.

Sims said a key in the second-round series is limiting collatoral damage. In the first-round series, the Cougars won their first game 8-7 in 9 innings, but fell 9-1 in the night cap on April 23. Full game recaps can be found at www.atmoreadvance.com.

“That’s the reason why we got in a hole in game one, and then lost game two,” Sims said. “Parker (Robinson) pitched a good game (in game two). We’ve got to make routine plays to win this series.”

Sims said Edgewood’s top five guys all have hit a homerun at some point during the season.

During the season, both teams have played with different identities.

“We’ll kick the ball around,” he said. “It just come down to which team comes in more focused.”

Sims said being focused hasn’t been an issue with the guys. The blips over the weekend just happened, he added.

“The counter game on Saturday, they had one error,” he said. “They had four walks. We just turned around and hit the ball.”

Tentative game times for today are 3 p.m. and 5 p.m. at Edgewood.