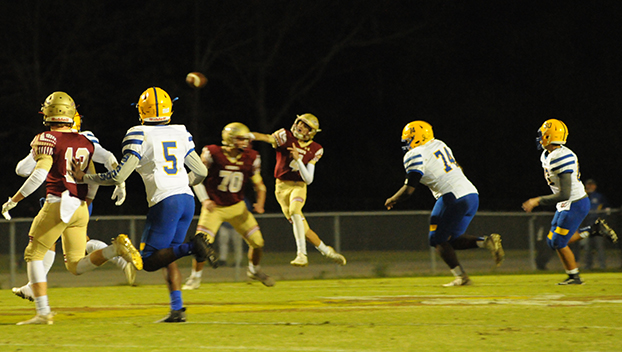 Flomaton beat Northview 28-6 in varsity football action, and the Chiefs’ junior varsity team won 7-0 in a spring football game May 21 in Bratt, Fla.

The game signified the end of spring workouts, an annual period of time where football teams have select dates to go over offense and defense before summer workouts.

“They scored and we came back and scored,” he said. “We had a good opportunity to keep it going. However, we made some mental mistakes early in the game, and that especially was expected. This is a good thing because this provided us with some film to teach off of now.

Summerford said he thought his guys did well because some had a short turnaround.

“We barely got this thing in,” he said. “Our baseball team did really well, which is great, and we were dealt with getting them ready in a short period of time.

“Overall, you can tell they’re understanding what’s going on,” he said. “That was the best thing – what they understood in a four-day period.

“It was rough around the edges, and we have things to clean up a little bit,” he said. “I expected some of that. The other part of it is that we’re young.”

Summerford said FHS head football coach Doug Vickery worked with him on the game, and it was good for them to have a spring game.

Additionally, Summerford said he saw three to four guys step up and show they can be counted on this fall.

“Anytime you get one of those that’s huge,” he said. “I think there are going to be three or four who are going to play a big role next year on Friday nights for us.”