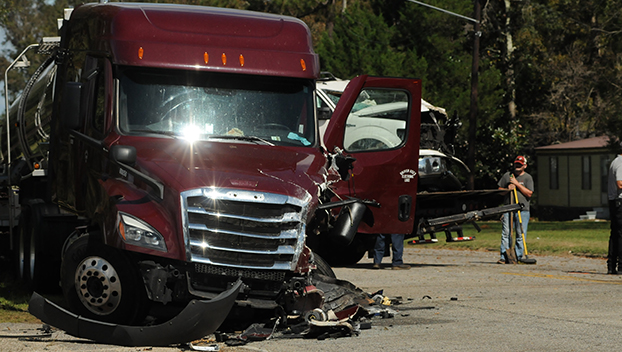 An Atmore man died in a two-vehicle crash on Oct. 25 at the 3-mile marker on Highway 21, according to the Alabama Law Enforcement Agency.

Senior Trooper Anna Peoples said in a release that the crash occurred at approximately 10:03 a.m.

Peoples said Robert Marion Hadley, 62, was driving a 2010 Ford F-150 northbound in the southbound lane and collided head-on with a 2020 Freightliner Cascadia, which was driving by Wendel L. Nelson, 44, also of Atmore.

Peoples said Hadley was fatally injured and pronounced deceased at the scene.

Peoples said nothing further is available as troopers with ALEA’s Highway Patrol Division continue to investigate.