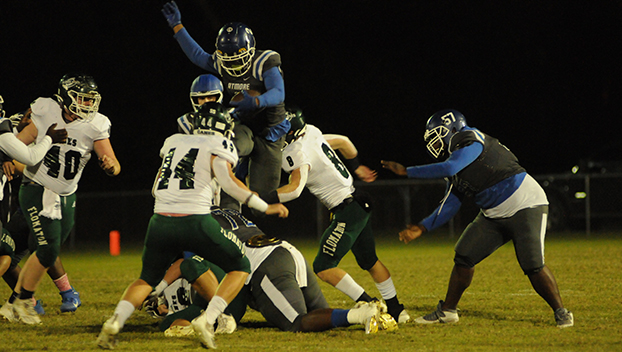 Flomaton’s Deontay Averette and Jaxson Fillmore accounted for two touchdowns each in the first half as the Hurricanes beat Escambia County 42-0 tonight in Atmore.

Findley added another touchdown late in the fourth quarter, according to WPFL’s radio broadcast.

FHS visits Montgomery Academy in the first round of the AHSAA Class 3A state playoffs next Fri., Nov. 5.

The Blue Devils ended their season 2-8.